If you have not got any coffee grind left and you want some coffee then you might be wondering whether or not you can reuse coffee grounds in a second pot of coffee.

This post will show you whether or not you should reuse coffee grounds, how to do it if you do and how to avoid running out of it in the future.

Why you shouldn’t reuse coffee grounds

Even though you can reuse coffee grounds to make a second coffee there are a number of reasons that you might want to avoid doing so.

When hot water is added to the coffee grounds the oils from the coffee beans will mix with the water and, depending on your brewing method, the brewed coffee will then drip down into a pot below.

Caffeine is highly water soluble. This means that when you use the coffee grounds for the first time most of the caffeine will mix with the water especially if you are making espresso.

If you then reuse the coffee grounds for another pot of coffee then it will mean that there will not be much caffeine left for the water to mix with so there won’t be much caffeine in the brewed coffee or espresso.

It will lack any crema

If you do want to reuse them to make an espresso then avoid tamping them a second time since it will be difficult for the water to pass through it as it is and tamping it could result in a burnt espresso.

How to reuse coffee grounds

If you do decide that you want to reuse the coffee grounds then here are some things that you should keep in mind.

Use a French press

If you do reuse them then I would recommend trying to use a French press or even an Aeropress. This is because you can control the strength of coffee brewed with a French press by using less water and waiting longer before you press down on the plunger.

If you do use a French press to reuse the coffee grounds then I would recommend that you leave them in the French press for longer than usual and that you use a bit less water.

When you cool them it would also help to cover them since it will help to retain more of their flavor.

Allow them to dry

It would also help to allow the coffee grounds to dry before reusing them. This is because it will be more difficult to extract an espresso shot if they are wet and they will not mix as well with water if they are already wet.

Don’t reuse them the next day

Only do it once

If you decide to reuse the coffee grounds then it would be strongly recommended that you only do it once.

If you reuse it more than once then there will be no flavor left in the coffee grounds, the coffee will taste weak and you will be risking getting sick.

If you want to reuse the coffee grounds to make espresso then it would be best to avoid tamping them for a second time.

This is because, if you tamp them again, it will make it very difficult for the water to pass through the coffee grounds and you’ll likely end up with a burnt tasting espresso.

How to avoid running out of fresh coffee in the future

Whole beans will generally last longer than ground coffee. If you want to be able to avoid running out of fresh coffee then you could get whole beans and grind them yourself instead of buying the coffee pre-ground. This is because you will not need to use the coffee beans as quickly before they lose their flavor.

If you do get coffee beans then it would be best to store them in a cool dry place in an airtight container. By doing so they should be able to last for up to three months before losing all of their flavor.

Use a pod machine

Another option you have is to use a pod machine to make the coffee.

The coffee will not taste as fresh with pod machines. However, there are many flavors that you can choose from, they are quick and easy to use and the pods can last a long time before needing to be used.

A good inexpensive pod machine that I would recommend would be this one on Amazon.

Get some instant coffee

Instant coffee is coffee that has been brewed, dried and then frozen. To make coffee using instant coffee all you need to do is to add water to it.

Can ground coffee be used in a French Press?

Are coffee makers allowed in dorms?

Can you use filtered coffee as instant coffee? 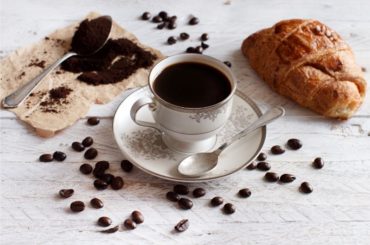